Dr. Dawn Willis is the Artistic Director of Solaris Vocal Ensemble, a twenty-four member mixed-voice ensemble she founded in 2013. Her broad knowledge of exceptional choral repertoire is at the base of the Solaris mission to present exciting and meaningful performances to its varied audiences.  Under her leadership, Solaris has performed as the featured ensemble at the Vermont/New Hampshire American Choral Directors’ Association Gather at the River conference in New Hampshire, and on performance tours in Maine and Canada. Solaris has also performed at the Vermont statehouse in Montpelier by invitation.  Solaris regularly performs in Waterbury and Burlington along with other venues throughout Vermont and has produced two CDs – I Was Glad and Vivat Musica – Music is Life.  Dr. Willis is also the founder and Artistic Director of Bella Voce Women’s Chorus of Vermont, and she has served as the Interim Music Director at College Street Congregational Church, Burlington and Music Director at First Baptist Church, Burlington; Chorus Director for the Green Mountain Opera Festival; and as the Assistant Director of the Vermont Symphony Orchestra Chorus.

Dr. Willis holds a Doctor of Musical Arts degree in Choral Music from Arizona State University, and Master’s degrees in Sacred Music and Choral Conducting from Southern Methodist University. Dr. Willis has served as the Director of Choral Activities at McMurry University and Iowa Wesleyan College and conducted choral ensembles at the University of Vermont, Arizona State University, and Iowa State University. She has conducted performances of the Vermont Symphony Orchestra, the New England Symphonic Ensemble, and the Southeast Iowa Symphony Orchestra. She has also prepared choruses for regional orchestras in Iowa and Texas, in addition to conducting numerous festivals, clinics, workshops, musicals, operas, and madrigal dinners throughout the Midwest, Texas, and New England. Dr. Willis composes and arranges sacred and secular choral music and music for handbell ensembles. 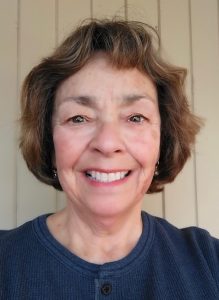 Melissa Ewell taught music for 40 years, retiring in 2017 only to take a job as accompanist and vocal coach for the music department at Bellows Free Academy in St. Albans. Those 40 years and before included countless performances as accompanist for recitals, chorus concerts and festivals, master classes, musical theatre, operas, and auditions. Melissa has a Master’s Degree in Arts Education from St. Michael’s College and lives in St. Albans with her husband, Michael, and mini-labradoodle, Dickens. Melissa joined Solaris in the fall of 2021. 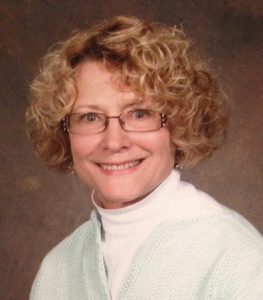 Susan Summerfield has a long career of performing and teaching music. She received degrees in music from Douglass College (Rutgers), Mills College and Stanford University, specializing in historical performance practice on keyboard instruments. She also studied organ with William Hays (Westminster Choir College) and in Paris, with Pierre Cogen and Michel Chapuis. Before moving to the Burlington area, Susan was the Luther B. Marchant Professor of Music at Mills College where she taught for 18 years. Now at Saint Michael’s College, she teaches music history, theory and performance. She also serves as the Saint Michael’s College Organist. Susan has accompanied choirs for many years, including nine years as organist at the First Baptist Church in Burlington. 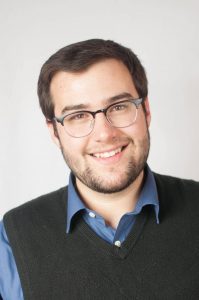 AJ Banach is currently a choral and instrumental music educator at Enosburg Falls Middle and High School.  He graduated from the University of Vermont in 2018 with bachelor degrees in Mathematics and Music Education with a focus in trumpet performance.  When he is not teaching, he can be found playing trumpet in  various ensembles around Vermont including the Vermont Wind Ensemble, Vermont Philharmonic Orchestra, Green Mountain Mahler Festival, and the Heritage Brass Quintet.

AJ is looking forward to spending more time immersed in choral music and conducting alongside Dawn Willis and the Solaris Vocal Ensemble.

Solaris Board of Directors